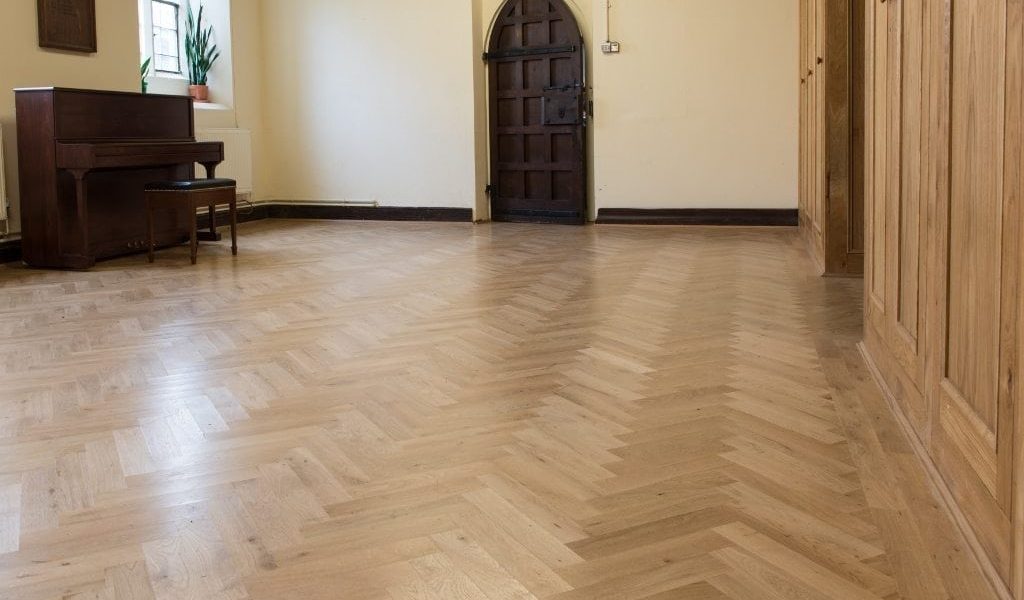 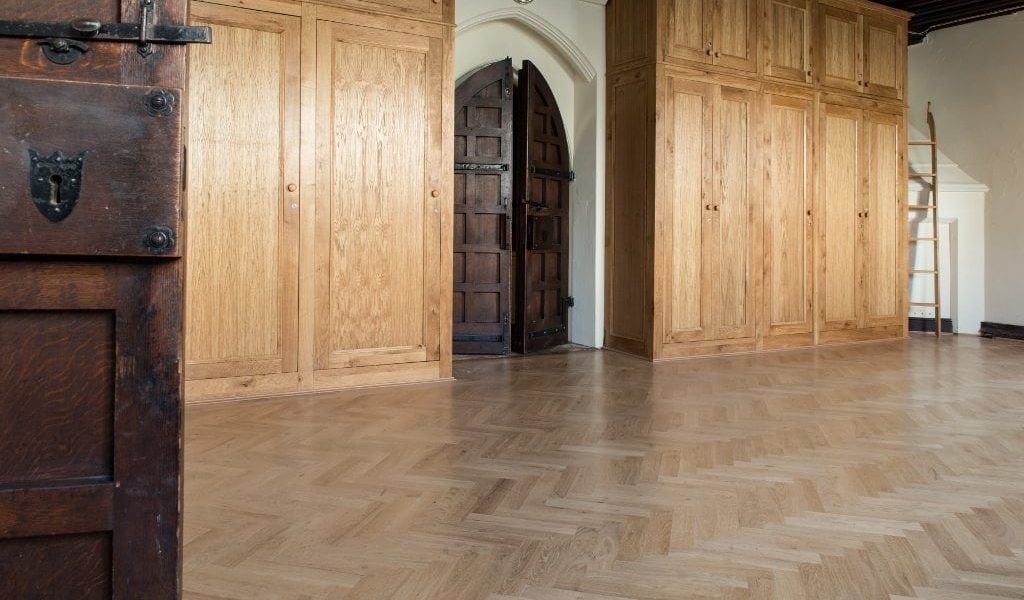 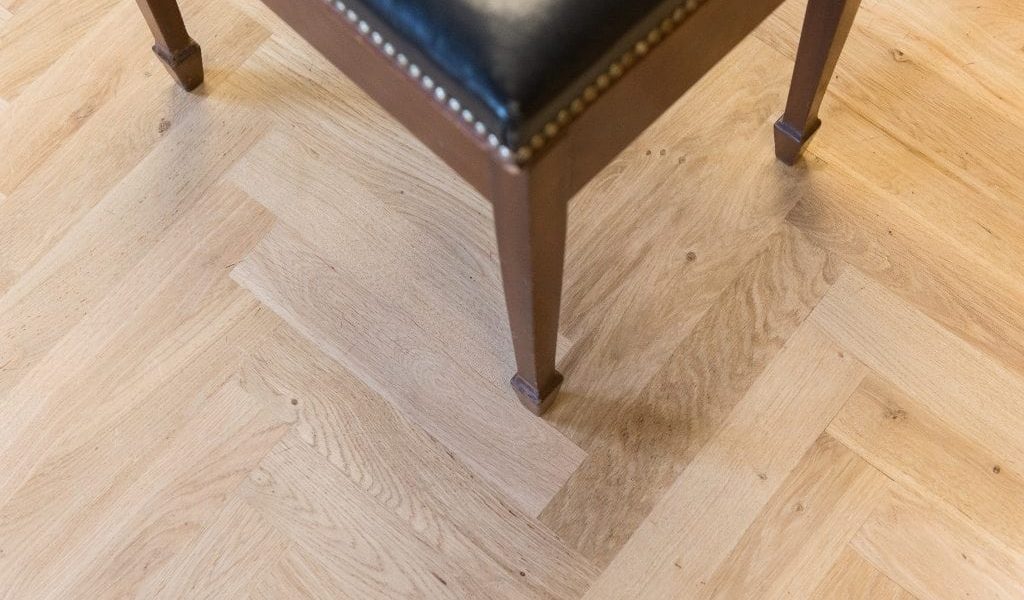 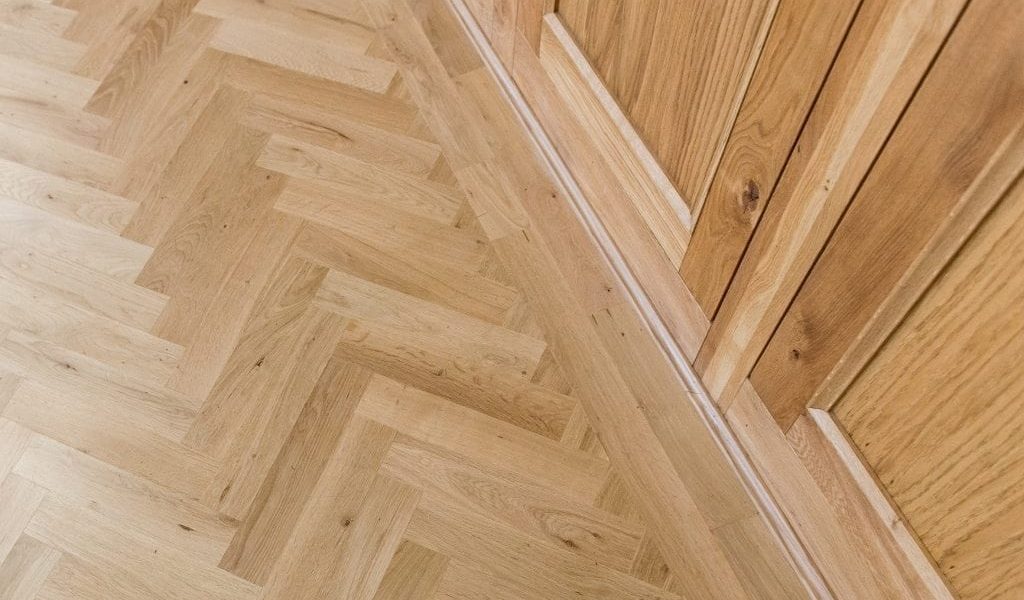 Originally constructed in the early 13th century, the present church building has undergone numerous alterations, extensions, rebuilds and restorations since that time, and the now large building of cathedral proportions with its iconic spire dominates the town.

St Paul’s is today the Civic Church of the Borough of Bedford and the County of Bedfordshire; it is a focus for special commemorations and celebrations in the borough, county, and the wider region of the East of England, as well as being a central venue for concerts, recitals and exhibitions.

Many of which take place in the adjoining Vestry where Alexandra Room is a popular event space where the community comes together.

The room still had parquet floors that been installed some 60 years ago, however these had been covered by a flooring product called flotex about 25 years ago which was in disrepair.

The church hoped the worn covering could be removed and the original parquet floors made good with repair, sanding and retreating. Calling in local flooring expert Steve Fretwell he took a look at the condition of the parquet floors and had to advise they were sadly also rotten to the point of no repair. 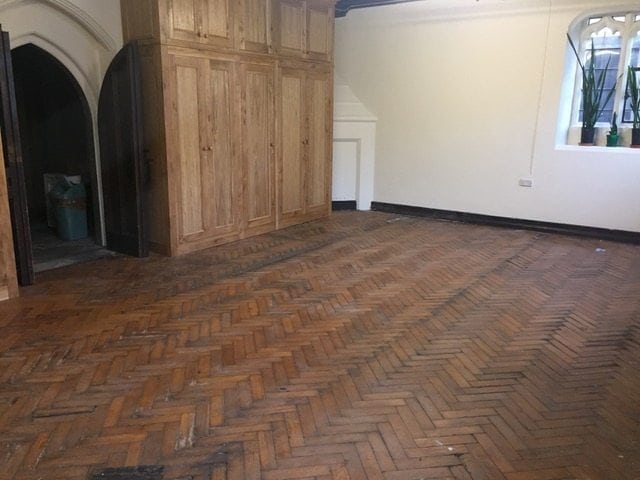 A condition of the Church’s historic status was the requirement for any replacement floor to be a like for like – so replacement parquet floors, that could mirror the exact same layout and pattern of the wood that was being removed was essential.

The importance of replacing the floors with authenticity in mind was demonstrated by the requirement for the Archdeacon of Bedfordshire to give final approval.

With approval granted the installation started with a day of preparation to remove all traces of the old floor, grind back old adhesives, re-level the subfloor and apply an all important damp proof membrane. The new parquet wood blocks were then laid in just two days.

Given the high footfall nature of the space, and the desire for floors that would be durable and long lasting, a natural hard lacquer was then applied to seal and protect the surface.

A neutral colour treatment was selected which delivers a soft matt sheen to the surface while allowing the natural grain of the solid oak blocks and herringbone pattern to be the main feature.

The Church is delighted with the finished floors. The busy space now has modern parquet style that remains true to the original parquet flooring that had been installed back in the 1960’s. 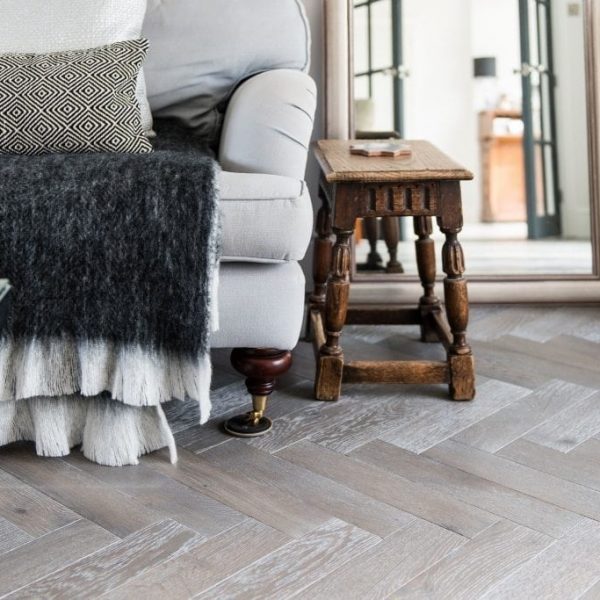 The story of the House on the Bridge, complete with Zigzag Silver Haze floors
Read Case Study 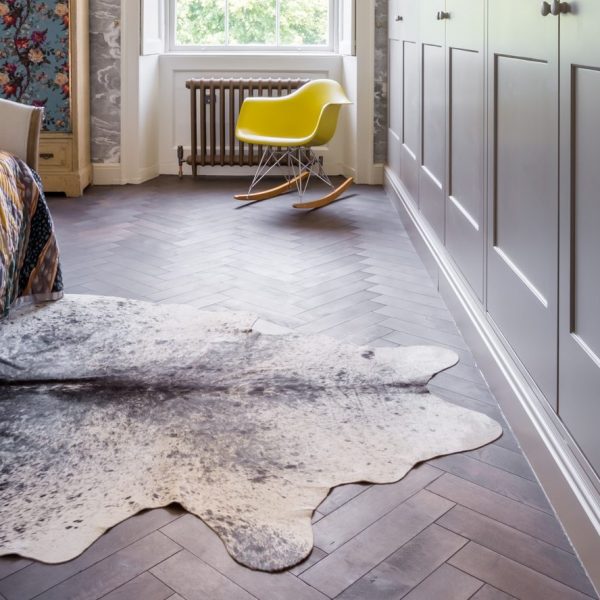 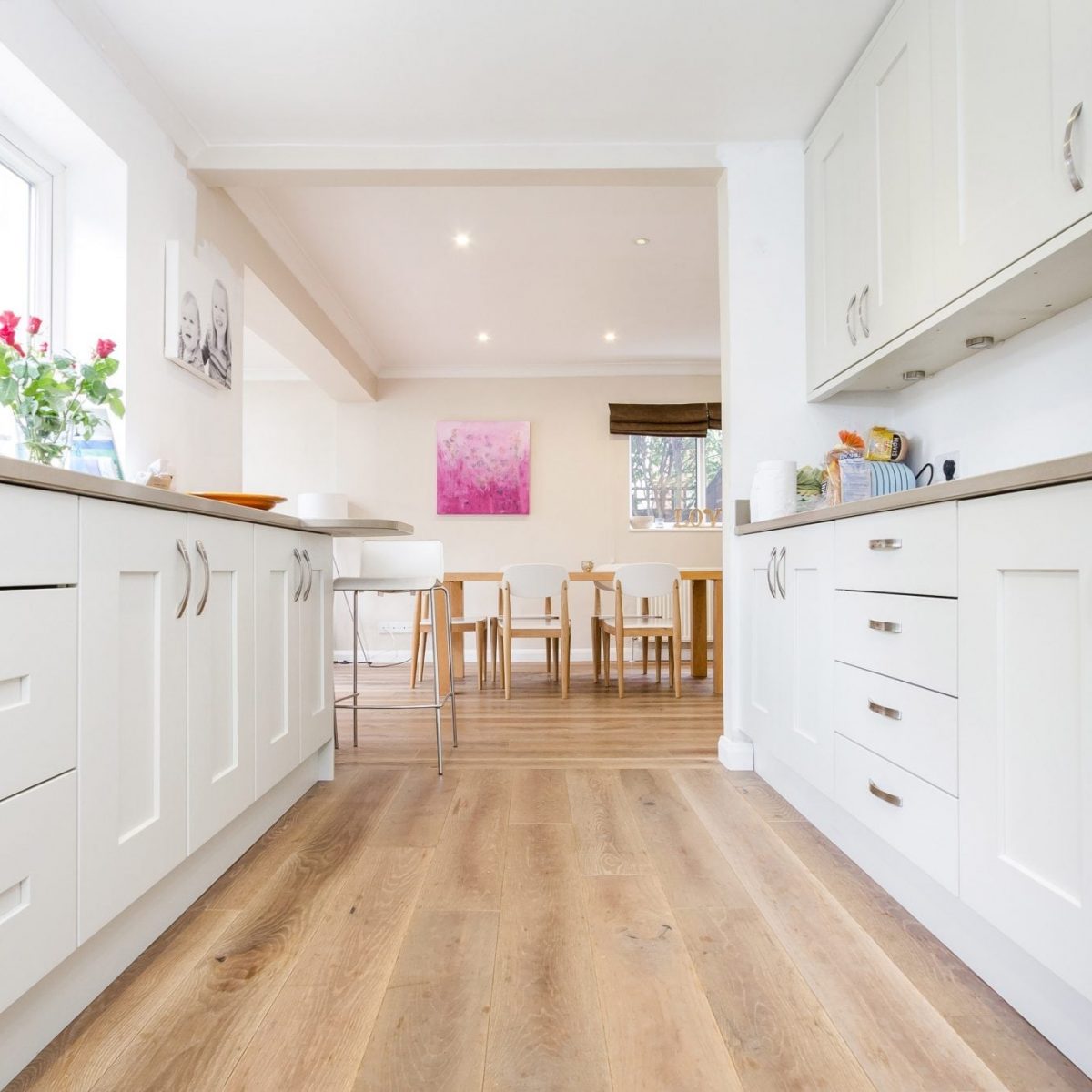