The V4 Showroom remains closed until further notice. If you need some help choosing your flooring or would like advice why not book an online consultation with our team. 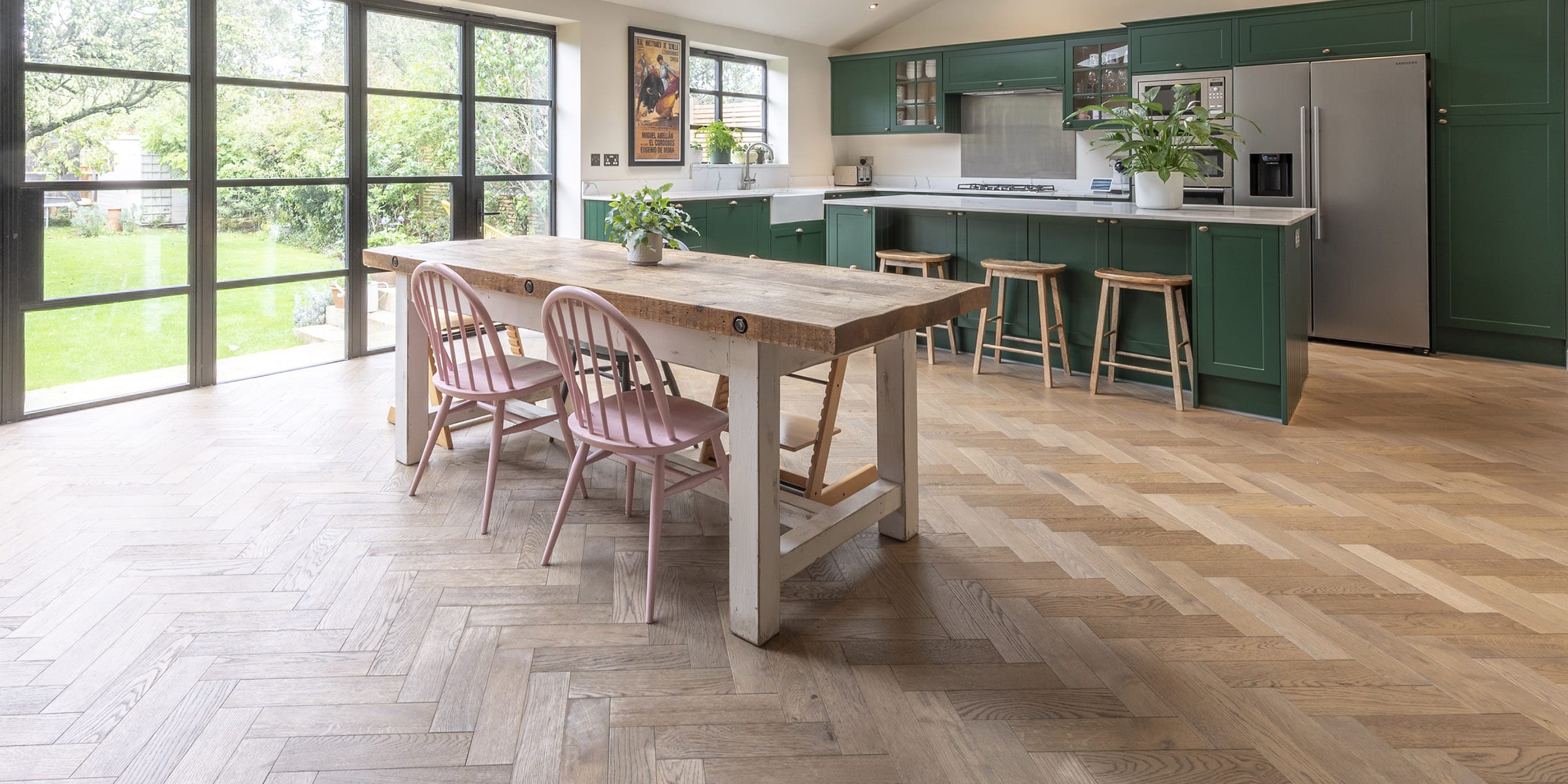 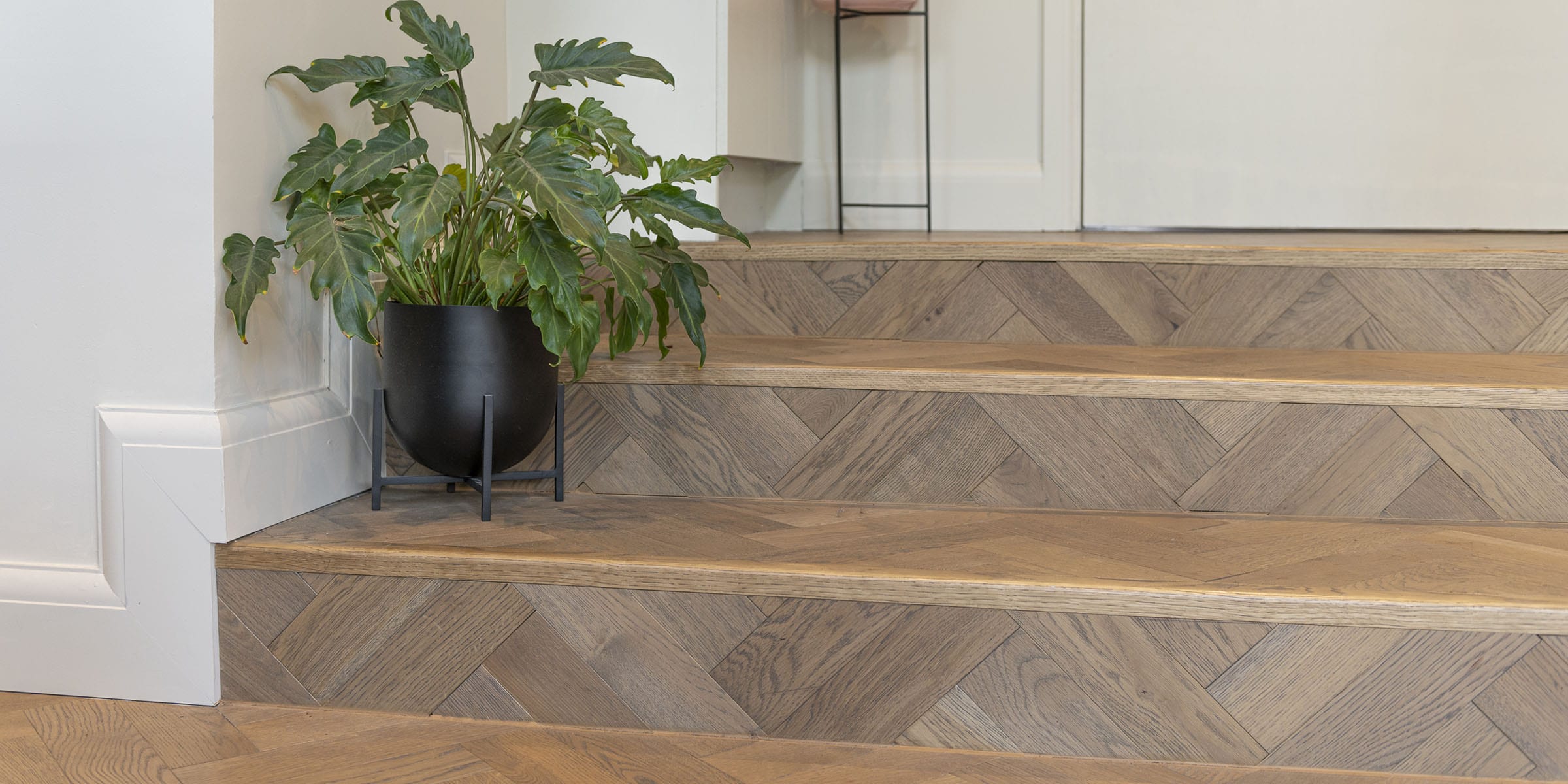 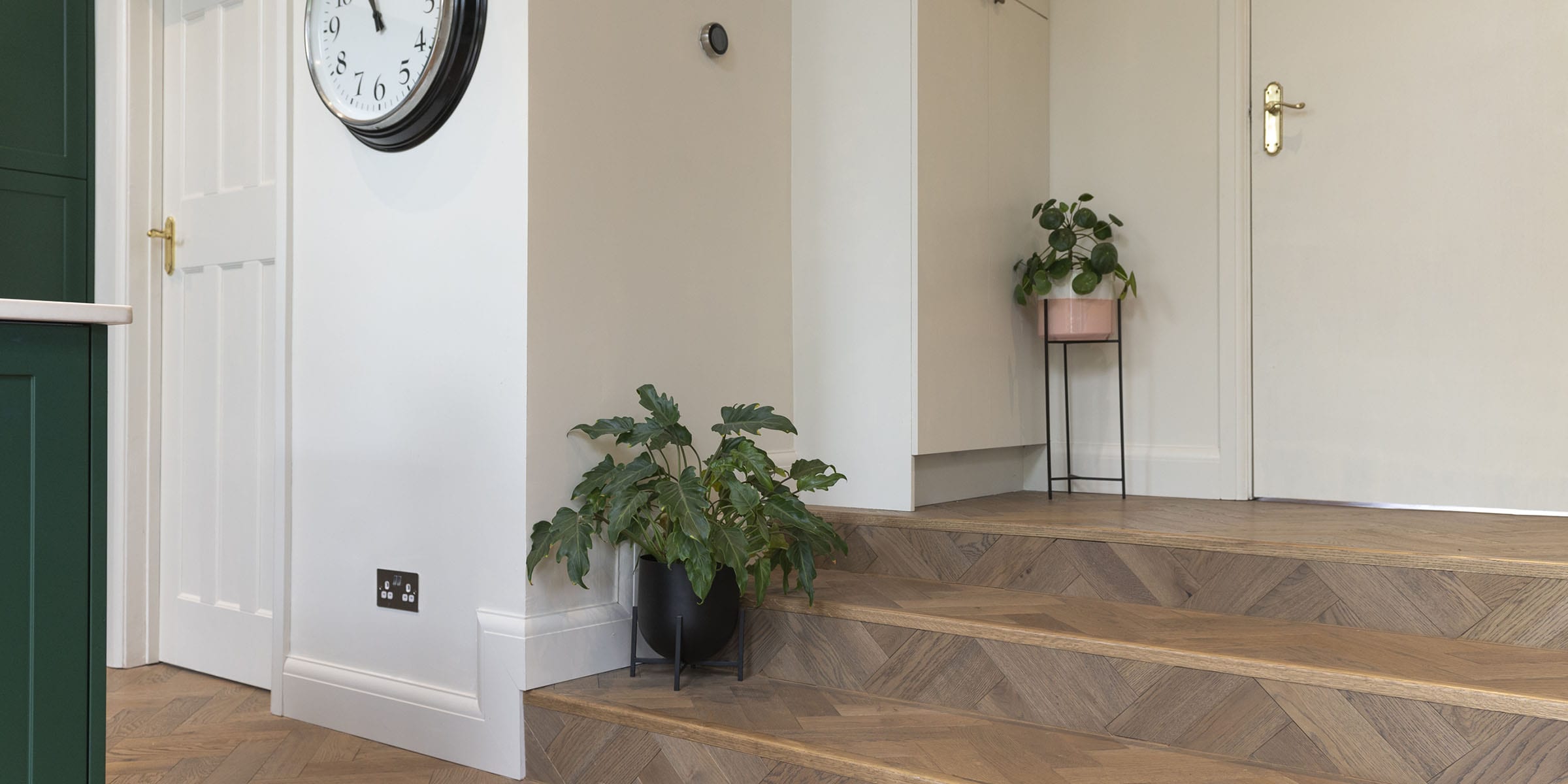 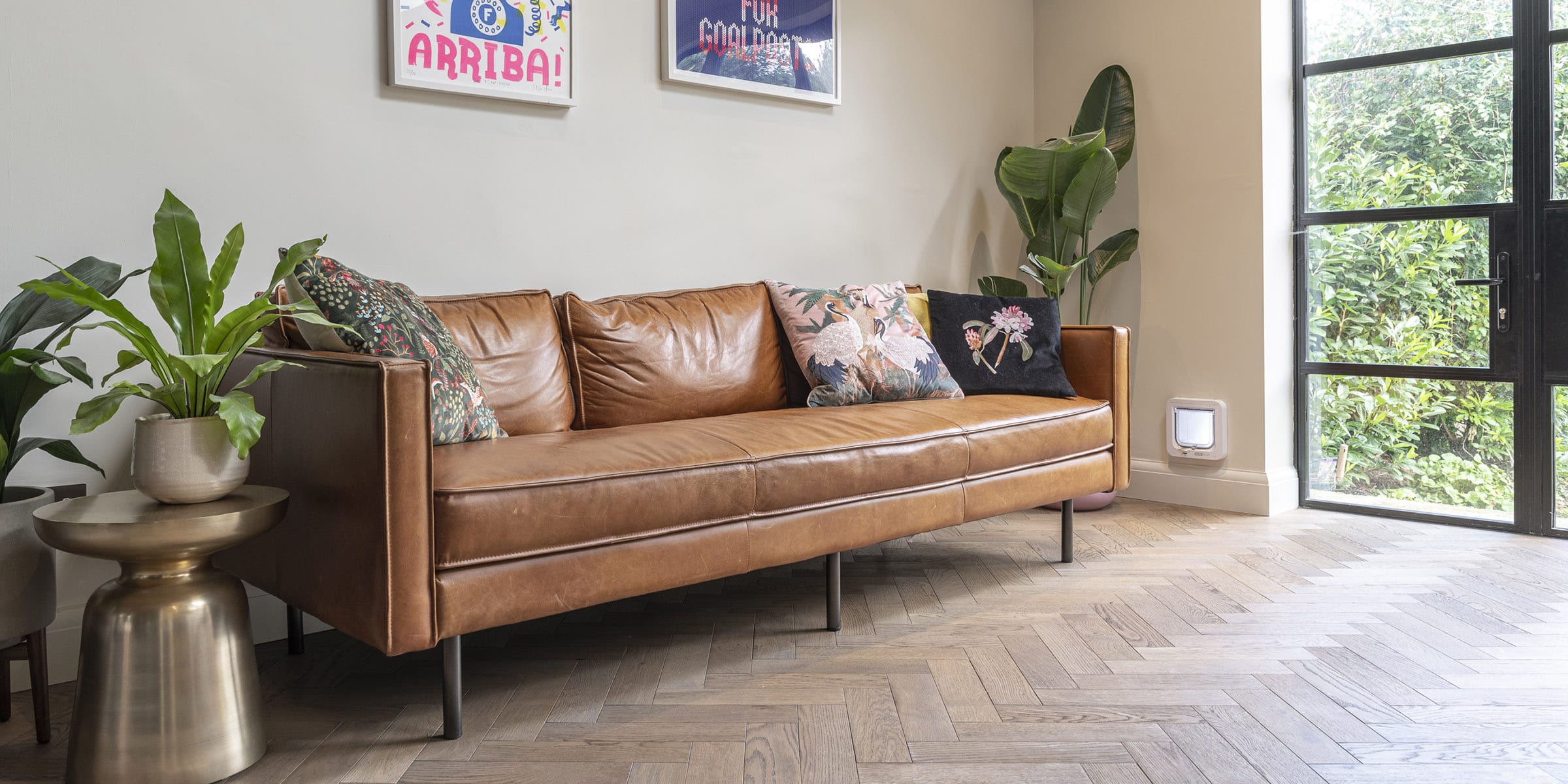 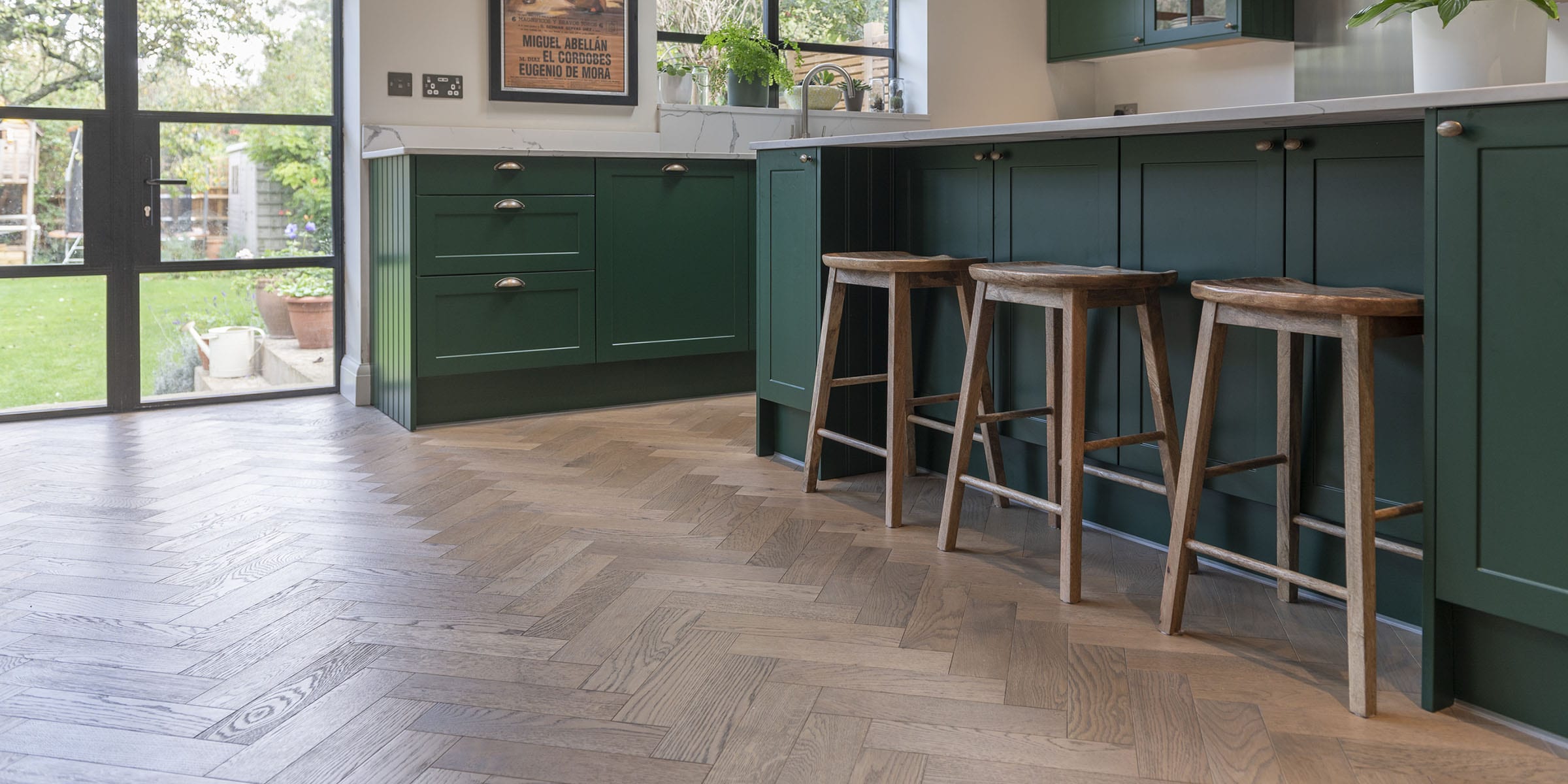 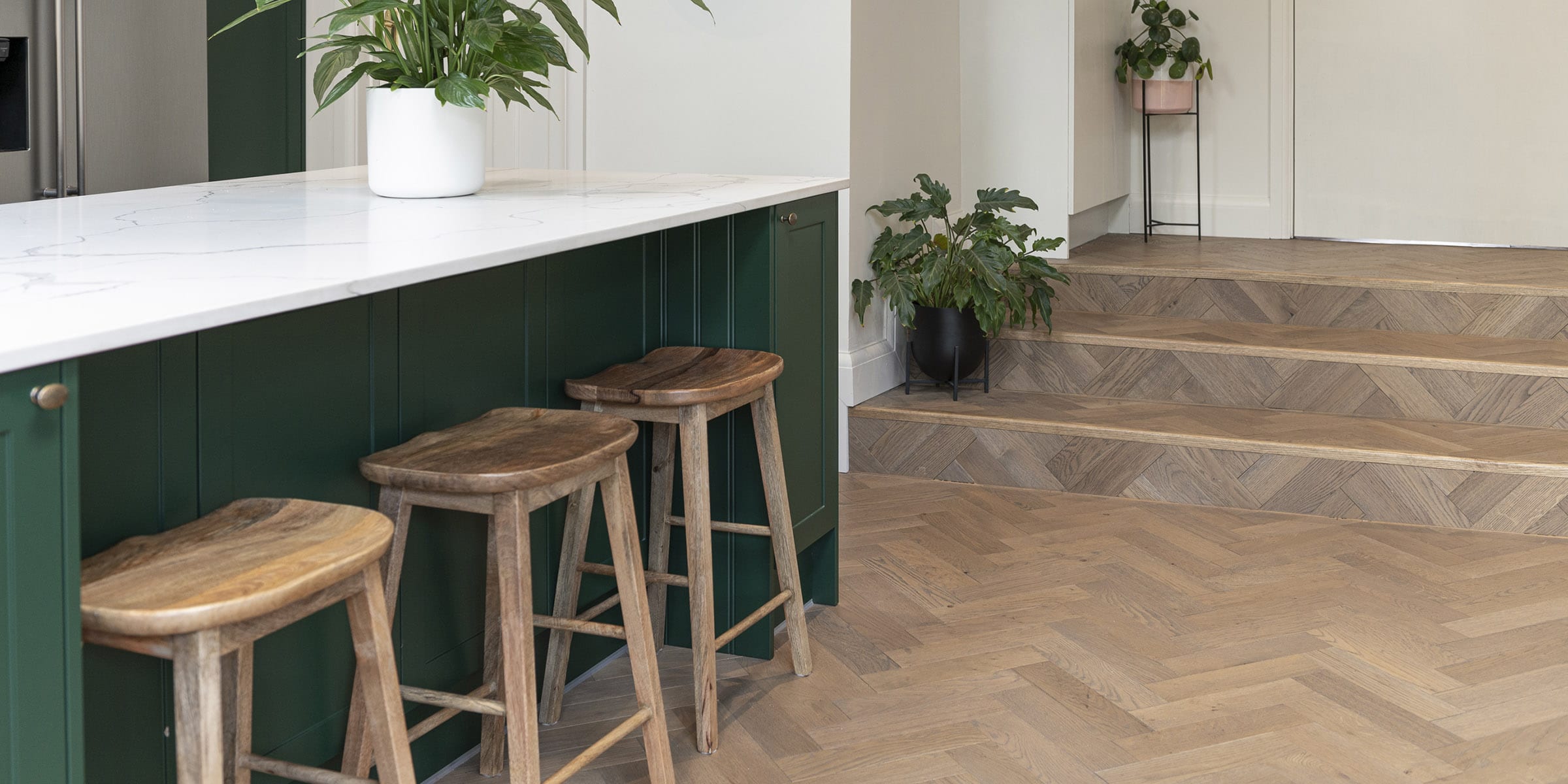 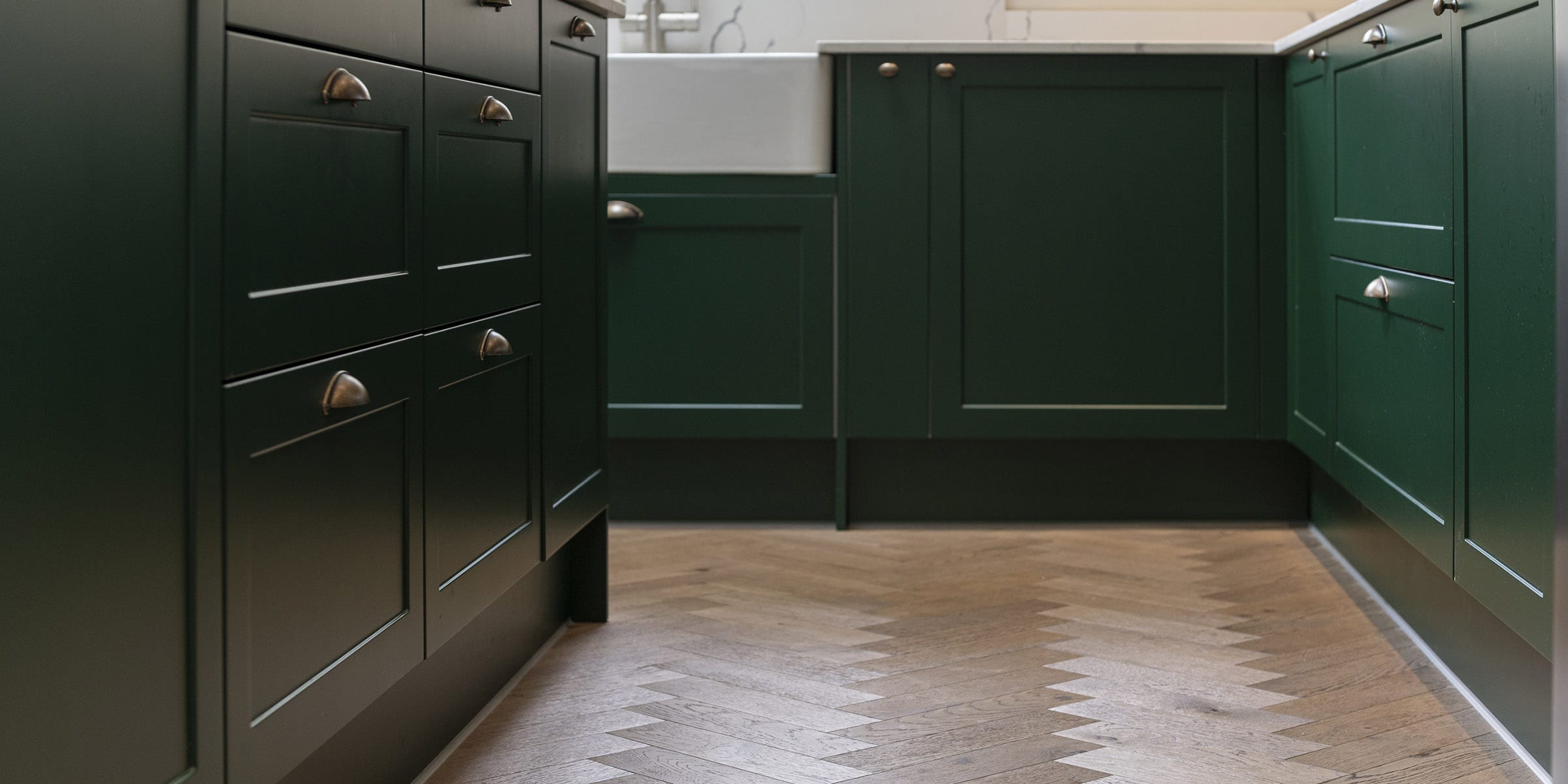 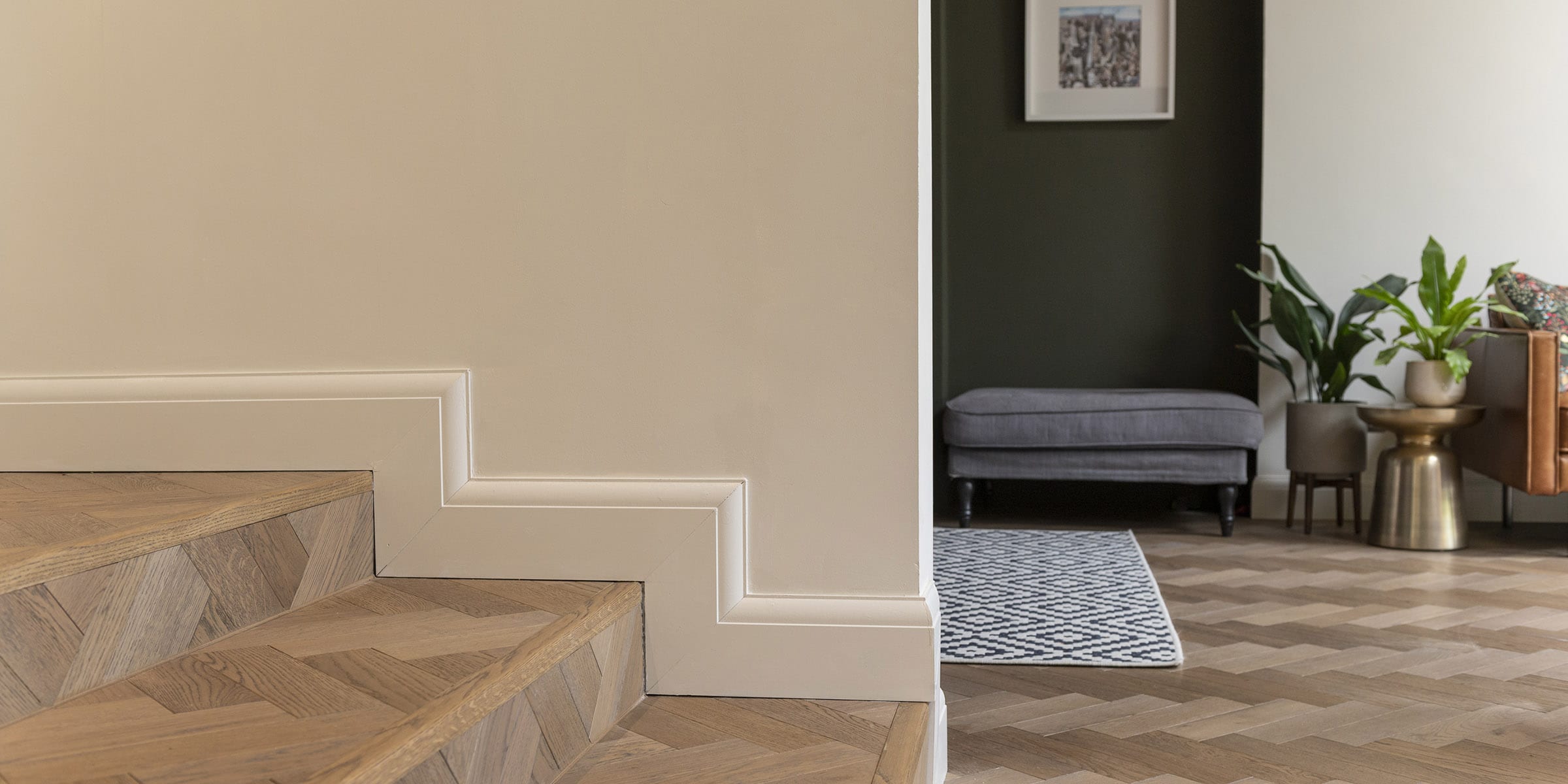 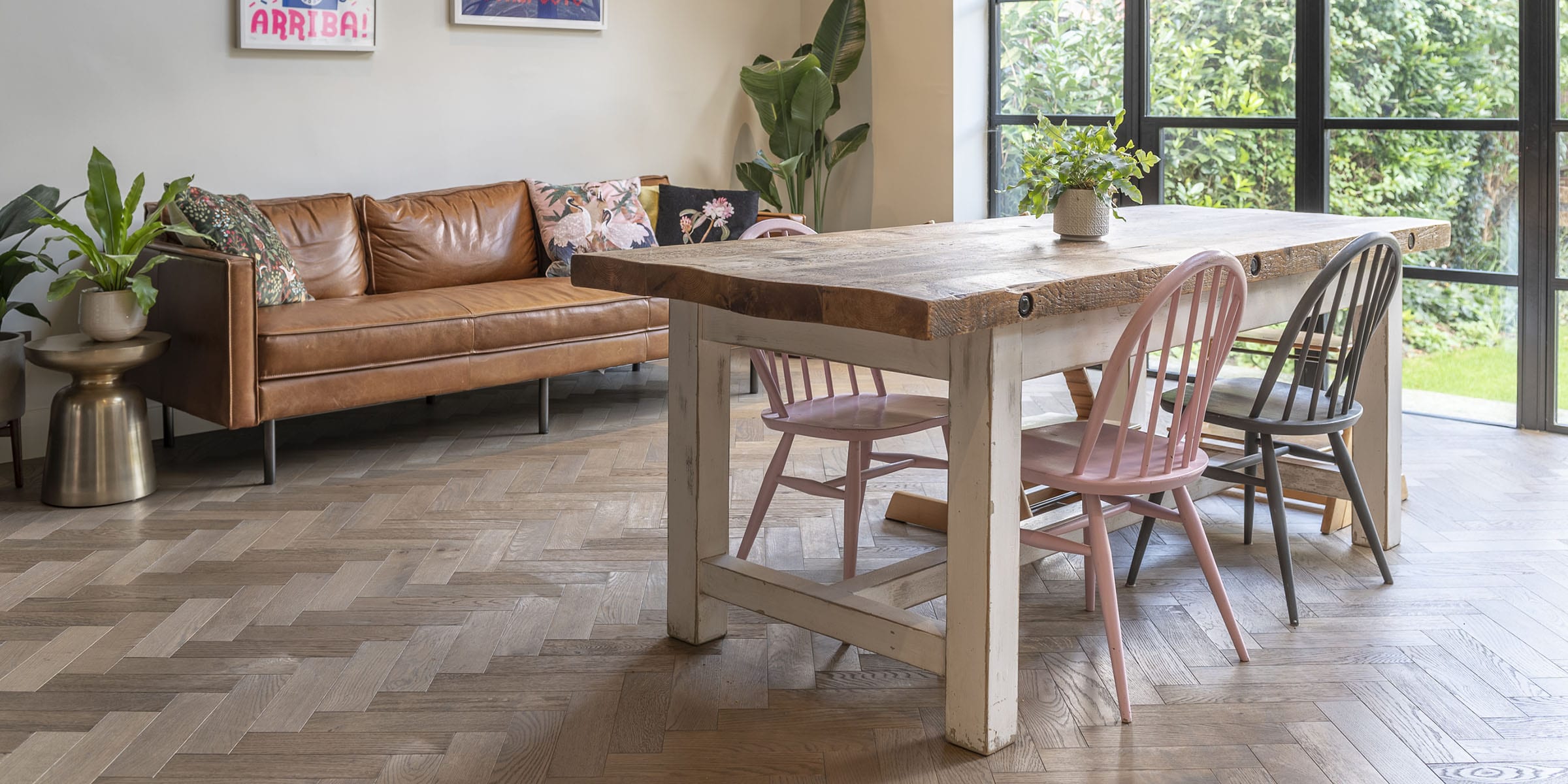 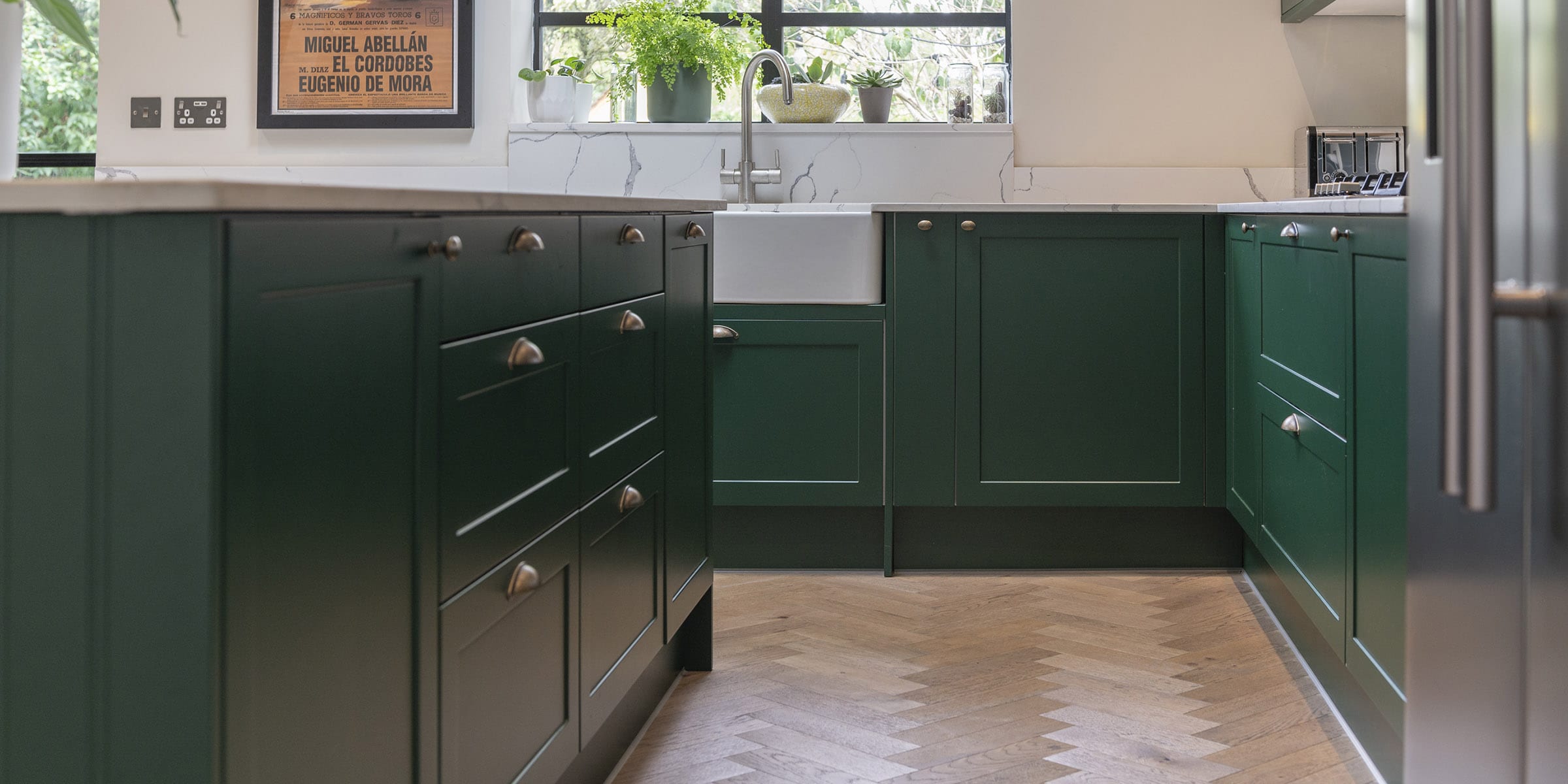 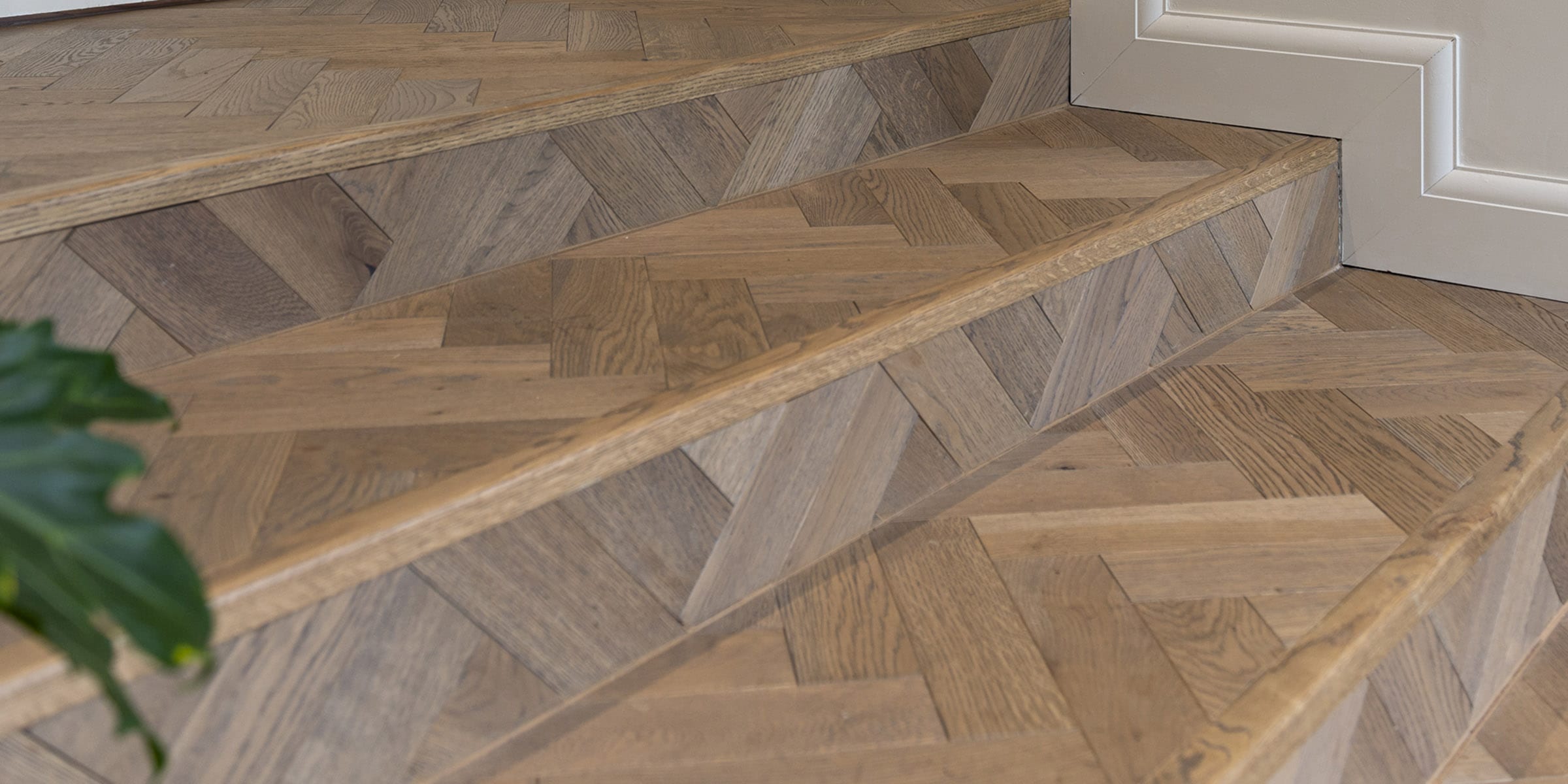 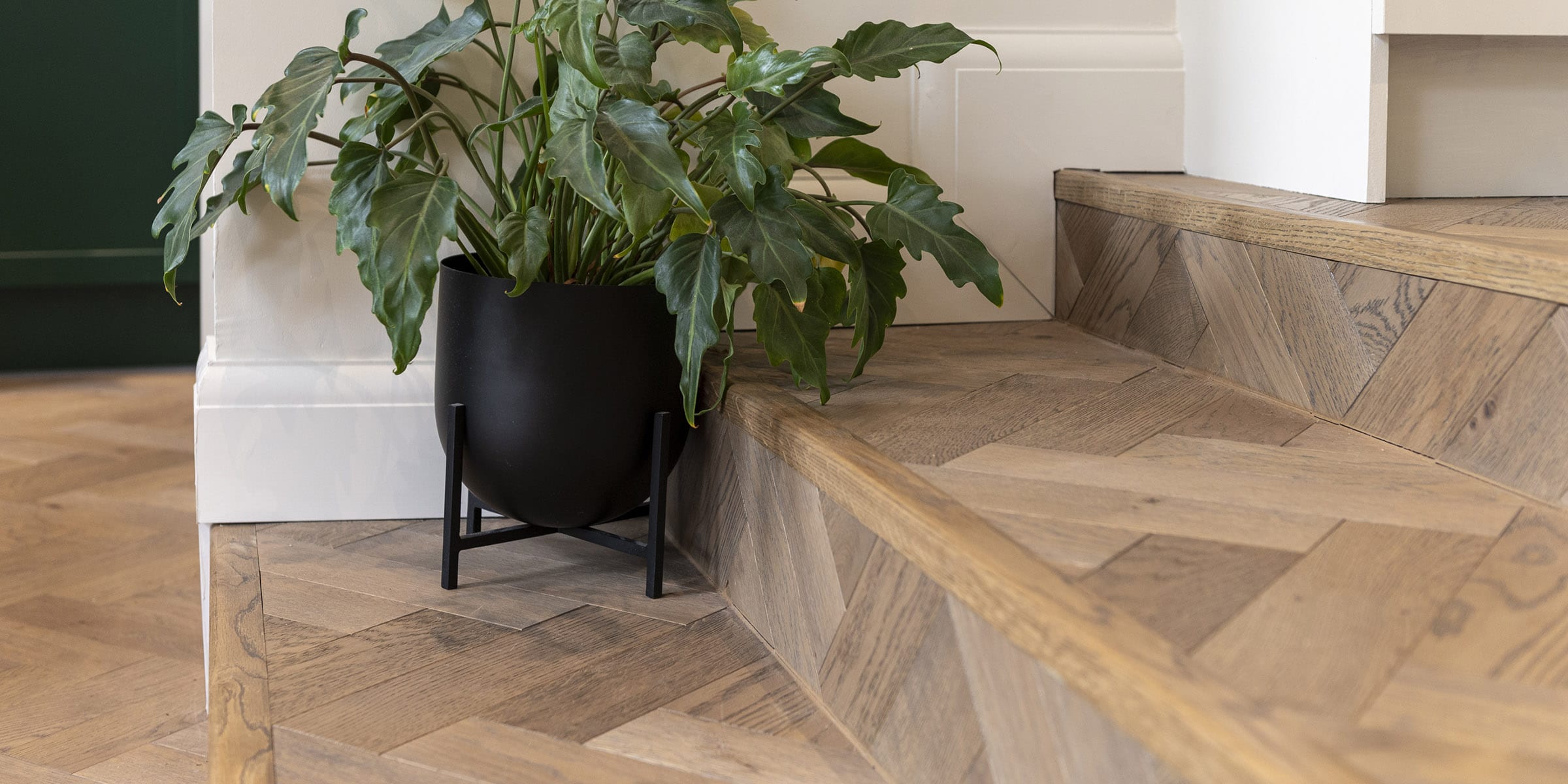 Charlotte, her husband and three young girls moved into this 1930’s semi-detached house in Kingston-upon-Thames back in 2017. Charlotte explains, “We weren’t living far from this house before, but with a growing family we were starting to need more space and also really wanted a bigger garden and to find somewhere located in our preferred school catchment area.

“When we looked at this house it offered us all of that and a really nice location close to the River. It would however be a project house as its décor was very dated and we knew we could make better use of the downstairs layout. We were up for the challenge though, it would be nice to put our stamp on it and make it our own.

“We moved in knowing that getting any major work done would be a few years off as we saved up for it, but it was good to be able to live in the home and get a feel of how we could make it work better for us – even if some of the old décor pained us. The first main building project was centred around how we could create a large open plan kitchen where all the family could be together.

“The existing downstairs layout could definitely be improved. There was a very small and separated kitchen at the back of the house with an adjacent dining room. It was a no-brainer to knock these through and with the home having a large garden we were happy to extend into some of this space to create the large family kitchen we wanted. We also decided to convert the garage at the front of the house to another living space so we would still have another two sperate living spaces downstairs, useful for when the girls are older.”

The couple instructed a local architect to finalise the designs and technical drawings and planning permission was submitted. “This was a bit more painful than it should have been as changes in staff at the council really delayed the application making its way through the process. It was almost a year later when we finally got the green light and could get cracking and we couldn’t wait.

“We had a local building company lined up who had been recommended to us and they made a start as we turned the existing living room into our living and kitchen space. Difficult with three young children, but we just about managed to make it workable.”

With building work underway Charlotte and her husband moved to the detail of their new open plan kitchen space. “Before we started getting into detailed research and planning I already had a vision for a dark green kitchen in a shaker style. I really liked the idea of having a bespoke kitchen made but my husband soon brought me back down to earth, reminding me that would not be working within our budgets.” 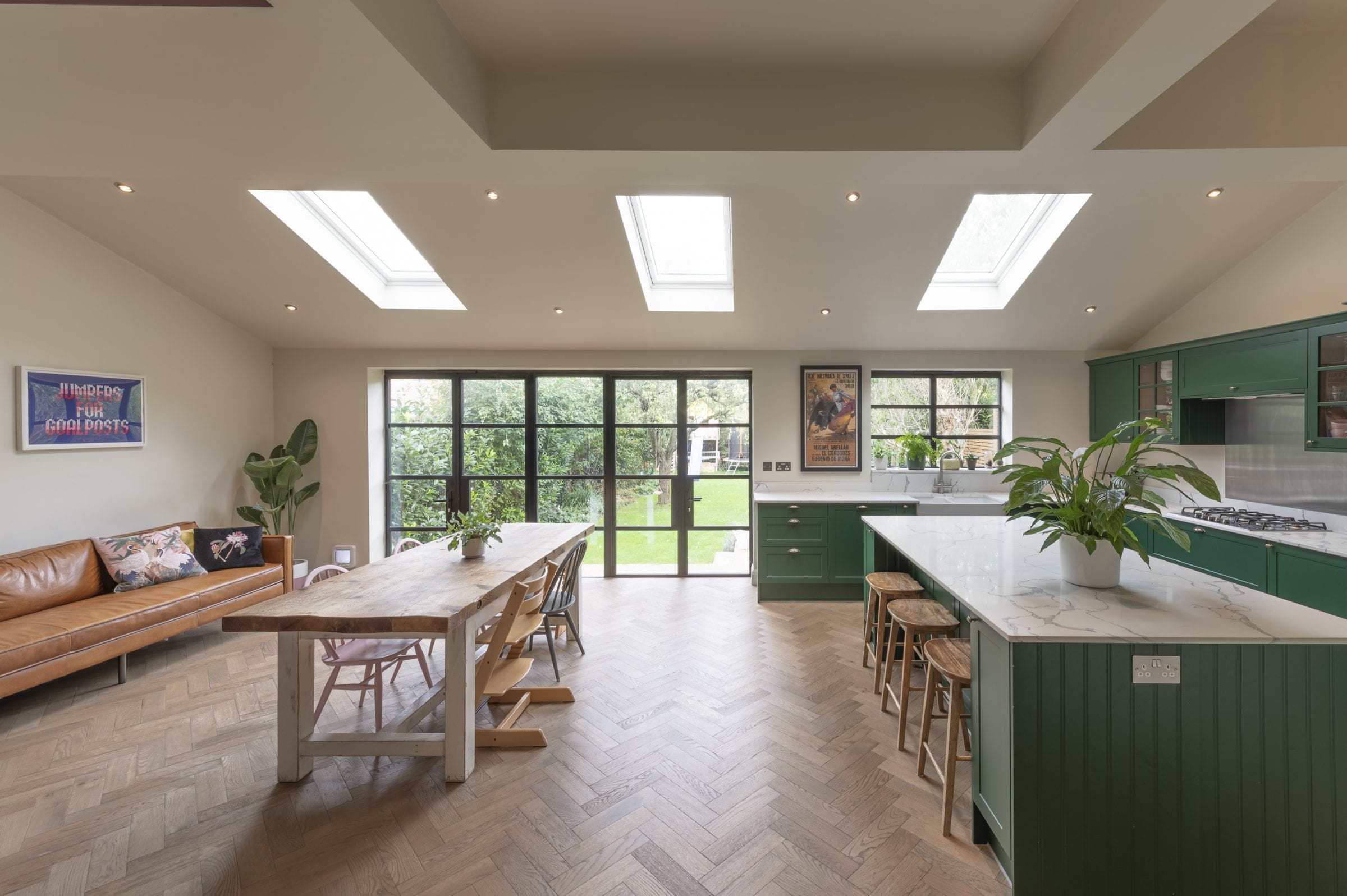 The couple eventually chose a Magnet Kitchen, selecting the Dunham range in the Magnet Create colour of Forest Walk with a contrasting crisp white quartz worktop. A Belfast style sink completes the kitchen design adding a traditional feel to blend with the shaker cabinetry.

Next on the couple’s decision list was flooring. “Again we already had a general feel for what we wanted. Real wood, as I wanted something that would feel natural and warm rather than tiles, and in a modern parquet style which would blend with the traditional and modern design elements we wanted in the space.”

“I did some research online and ordered a few samples but as the samples arrived they were all quite small it was so hard to get a feel for how they would look once fully installed. It was my husband who first spotted the Zigzag Frozen Umber floors in an Instagram post where they had also been installed in a large open plan kitchen and asked me what I thought. We both loved the look of it. It looked really warm, but also quite soft and natural. We hadn’t seen anything quite like it. When we headed the V4 website to learn more we discovered their V4 World showroom was not a million miles from us in Woking so we headed over.

“To be honest that visit was incredibly easy. We arrived, asked to see the large format sample, and when they pulled out the large display showing a few square metres of the floor installed we were sold. We’d found the perfect floors and they would look amazing with the green kitchen colour we had chosen. A really natural blend.” 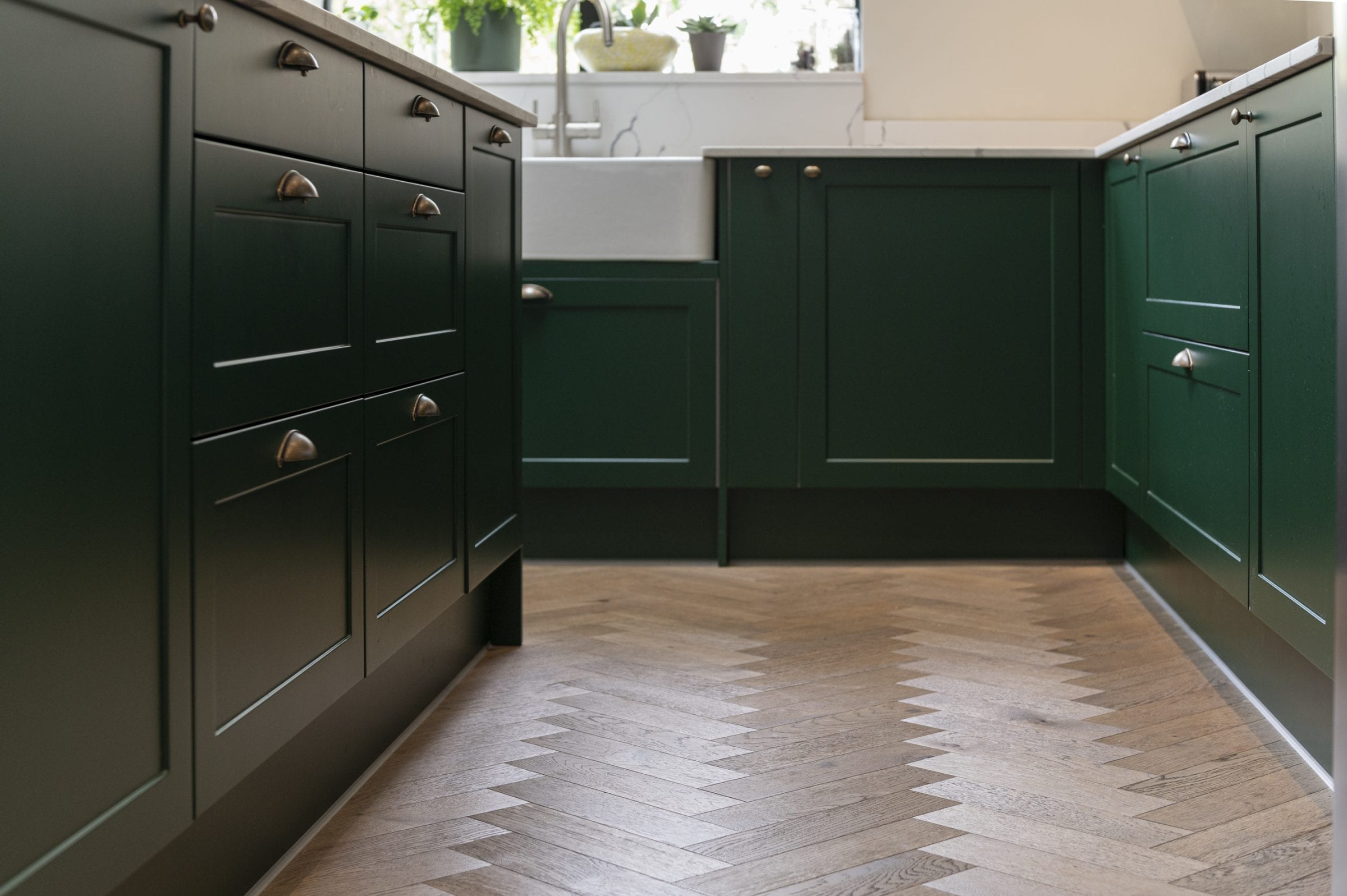 The couple ordered the floors online from Oakwoods Flooring and the builder on the project completed the installation. “Our builder really was a bit of a legend throughout the project. He seemed to be a master of everything, and in the best possible way, his work was brilliant and this made life so much easier on the extension as we weren’t having to juggle lots of trades.”

The extension would feature some steps down into the room as the garden area they had extended into had steps down to a patio level, and then further steps down to the lawn so the couple had made the decision to include this in the design so the finished kitchen would open out seamlessly at the same level as the garden. “I was worried how we might make the herringbone floors work so we could have them running across these steps too but my builder was confident he could make this happen.

“I’d say it took him as long to do the steps, being absolutely meticulous with the angels, as it did the rest of the floors, but he did an amazing job. The edges were finished off with matching nosing and what could have ended up feeling like a bit of an odd feature in the room is now one of the most standout parts of the space. We love it.”

The finished room is a wonderful mix of traditional and modern design. Aluminium Crittall style doors and windows from NTG Glassworks fit in beautifully with the design. The kitchen walls are kept bright and simple with Farrow & Ball’s School House White. There is a cosy snug area to the side of the kitchen where splashes of colour have been added with a Little Green Invisible Green paint on the walls, linking this area with the green kitchen units, and a fun splash of Little Green Hellebore Pink on the ceiling. 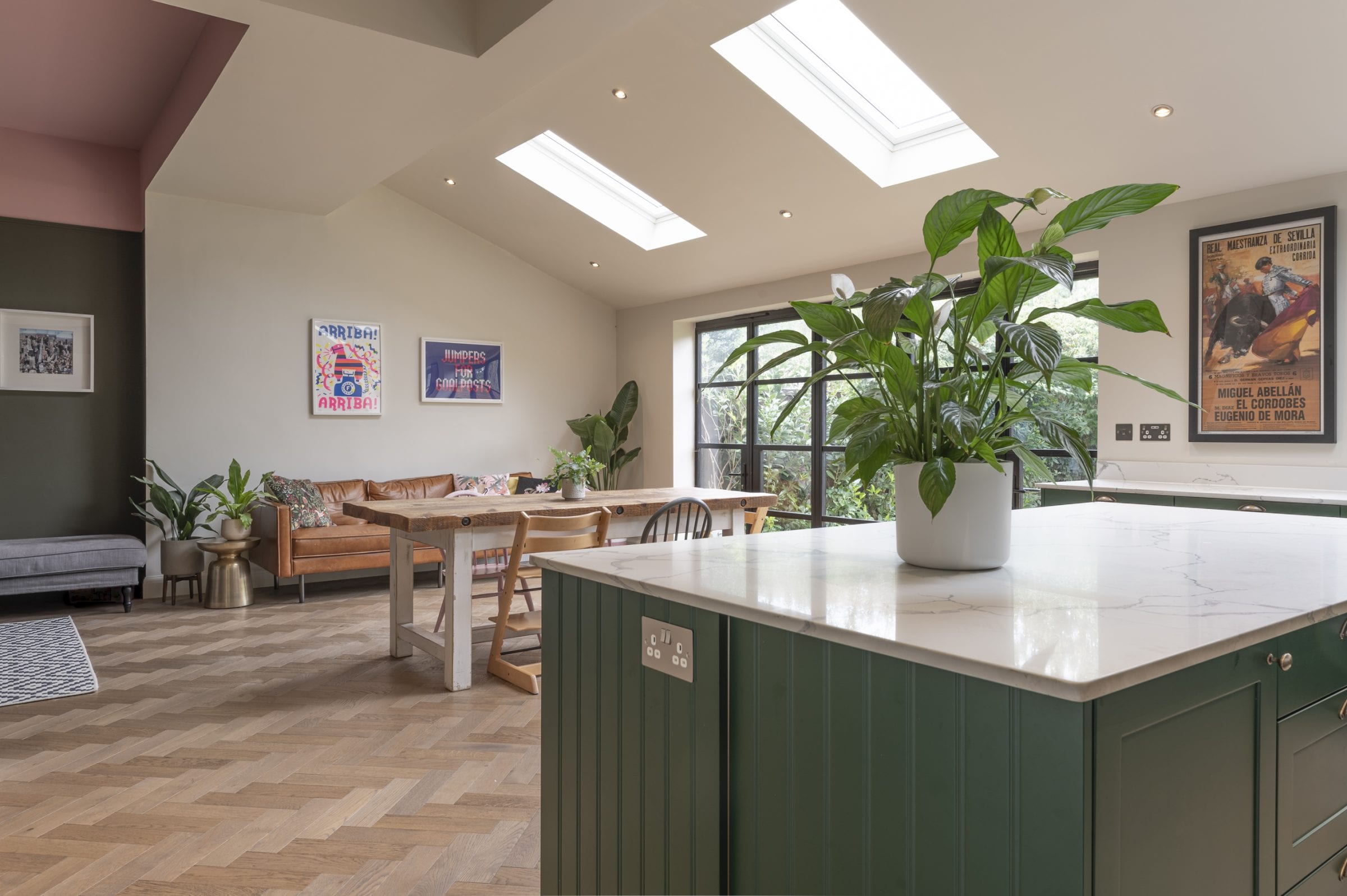 “A lot of the furniture we already had, like the table and chairs. We bought the tan leather sofa before the work started as it was in the sale at West Elm and it’s a lovely addition to the space to give us a relaxing seating area.”

Having started in September the work was completed just in the nick of time for Christmas. “It was fabulous to have our new family space finally completed, and in time for Christmas. It’s so much nicer now that we can all be together in this room as a family. With the original small and disjointed kitchen whoever was cooking felt very on their own, and it was impossible to keep an eye on the kids from there. This space is perfect for family life, and the little snug area is great for the girls to play in, and somewhere to keep their toys out of sight.

“We absolutely love the floors, and the step detailing has worked so well. The floors get a fair bit of traffic with the girls and their toys, but the beauty of the floors rustic nature and herringbone pattern is they are so forgiving, and they’ve been simple to keep clean.”

“We have plans to extend into the loft next so at some stage in the future we will be back living around a building site, but with our lovely large family room now complete we will have a nice retreat away from the next round of dust and dirt.” 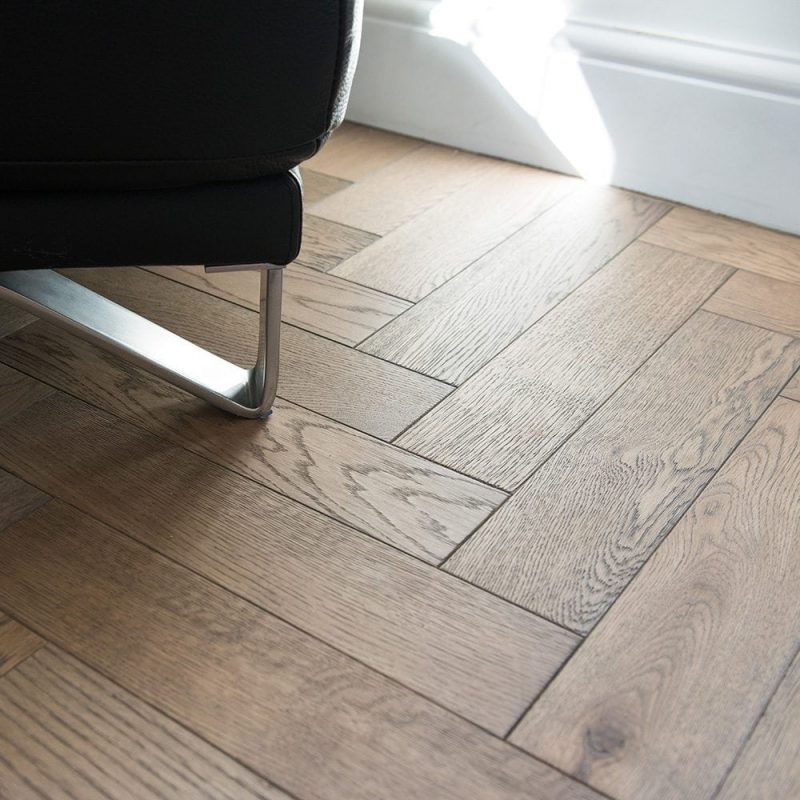 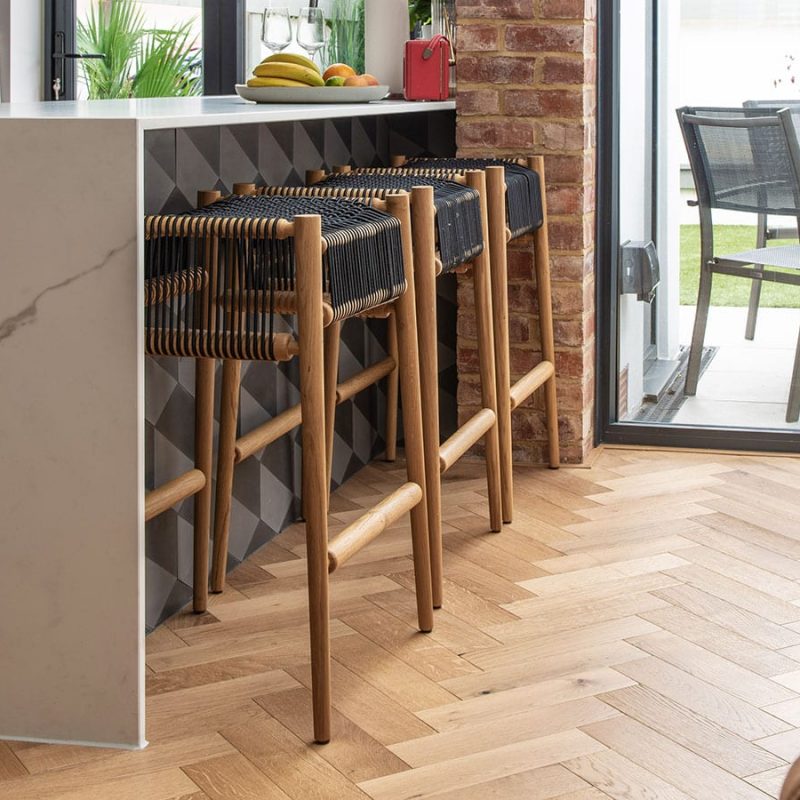 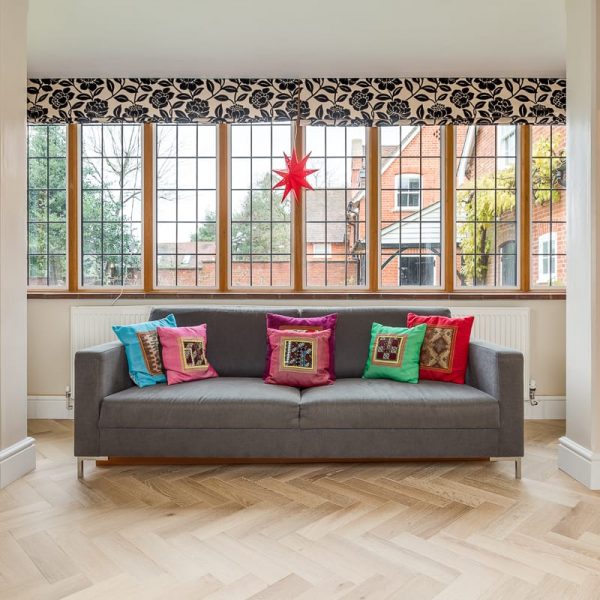 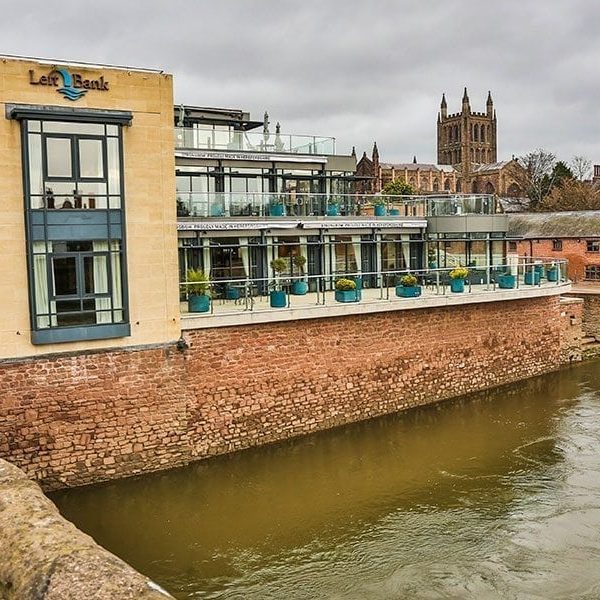 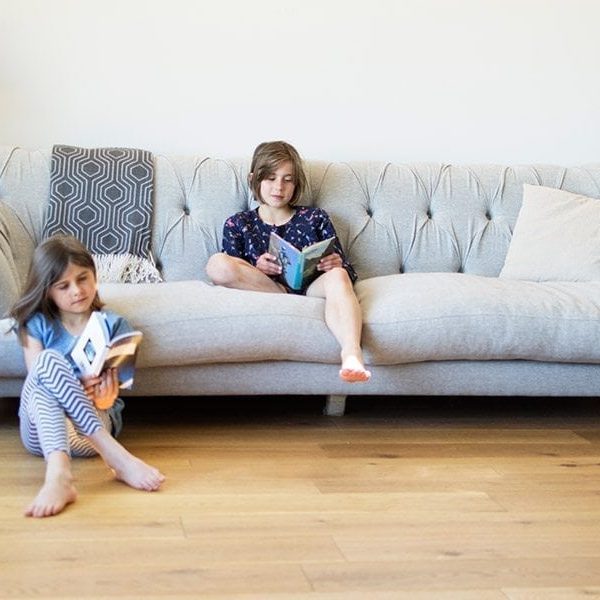